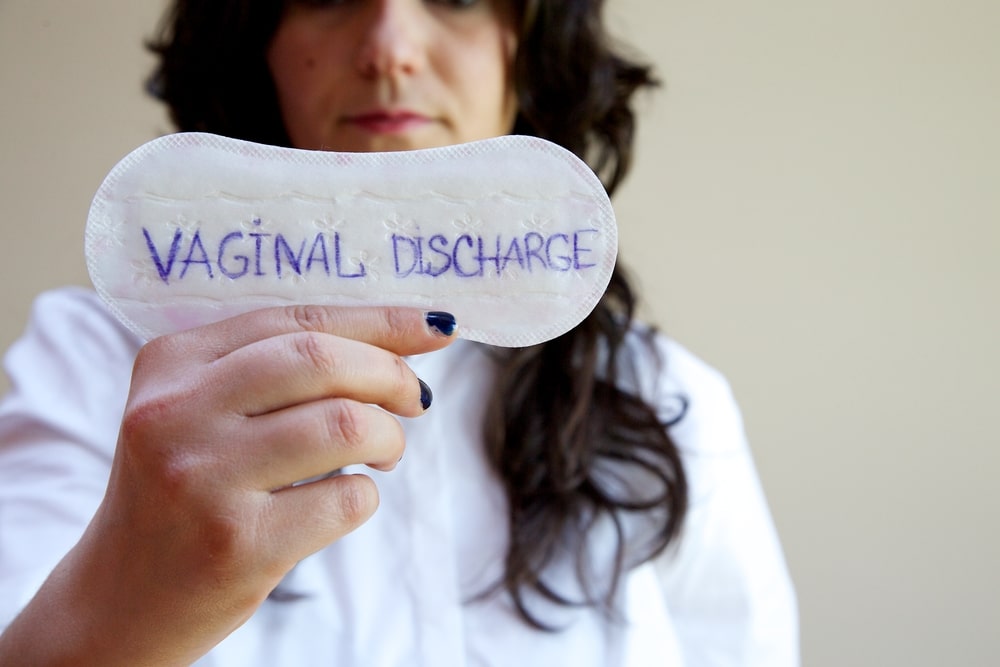 Vaginal discharge is a common and healthy phenomenon for women aged between puberty and menopause, more so pregnant women. The description of a ‘’normal” vaginal discharge will vary from one woman to another, as some women discharge more or less than others. So if your vaginal discharge does not appear clear and thin, you should not raise alarm bells, only if it’s accompanied by a few other unpleasant symptoms that we will point out for you later.

Here Are The 3 Main Causes of Thick White Discharge:

If you think there might be a possibility of pregnancy, which also manifests symptoms including bloating and thickened discharge that are difficult to distinguish from pre-menstrual signs, then it’s is in order to take a pregnancy test in case you miss your period.

Even though there is a possibility of taking tests beforehand, just to be as accurate as possible, it is highly advisable to take the pregnancy test a day after you were supposed to experience the periods.

Putting into perspective all the laid out causes of vaginal discharge, most probably, there will be no cause for alarm or even nothing to do.

Should Thick White Discharge Before Experiencing Periods Be a Cause for Concern?

As mentioned earlier, this can be caused due to hormonal variations. If the phenomenon occurs 2 weeks before the arrival of your periods, and the texture appears stretchy, then it’s a sign of ovulation and this is absolutely normal.

If the discharge occurs a little closer to your next scheduled periods, it’s also considered normal.

This is so because the quantity of discharge will rise and the texture will thicken as your next menstruation draws near, because your uterus and cervix secrete more to clean your vagina to prepare for the shedding of the uterus lining and that’s what takes place during normal periods.

On the other hand, if your vaginal discharge isn’t smooth and exhibits clumpy signs, then that may well be enough to sound alarm bells.

More so, if the discharge manifests colors like yellow and green as opposed to milky white and comes along with an unpleasant smell, notable characteristics of sexually transmitted diseases, atrophic vaginitis or yeast infection.

What is the Function of Thick White Discharge?

Thick white discharge is meant to lubricate and clean your vagina by allowing the discharge to carry with it bacteria and dead cells out, so that a balance of good bacteria is maintained inside the vagina.

Having said that, you need to understand that if the discharge appears a little thick or milky white, it’s perhaps just fulfilling its core function of washing away bacteria and old cells.

Another explanation of a little milky or milky-white discharge is that it might be a change based on hormonal variation which we will cover in detail in this column.

Why Do I Have Thick White Discharge after Sex?

Maybe due to vaginal lubrication, when you’re aroused during foreplay, allowing ease of penetration. Your body sometimes continues producing it after sex. In addition, the vaginal discharge might be cervical mucus which allows the sperm to swim to the egg easily. Sometimes the creamy and thick discharge is just semen.

Is It Normal To Have Thick White Discharge During Pregnancy?

It’s a normal phenomenon in the course of early pregnancy because your vagina has to work extra hard to produce a lot of discharge that helps maintain your cervix moist, sealed and healthy.

You might also experience thick discharge by your 3rd trimester which is normal as long as it’s clear and odorless.

It’s common-place to experience thick and white discharge before and after your menstrual cycle. It may also occur just before ovulation, but then, it will be more water and elastic. If there is no itching and it’s odorless, there is no need to press the alarm buttons.

If the discharge is clumpy and resembles cottage cheese, it’s enough reason to see the physician. If the color is green or yellow, it could be an indication of yeast infection. If it emits a bad odor, it might well be bacterial vaginosis.

What are Some of The Causes and Accompanying Symptoms and Treatments of Sexually Transmitted Diseases (STDs), Atrophic Vaginitis and Yeast infection?

We have taken time to list some of the symptoms of these vaginal discharge related diseases so that you get a clear idea what is really going on with your body.

Even though some of these ailments can be treated with over-the-counter prescriptions, the best bet to wipe them out is to visit a physician for a thorough diagnosis and proper prescription.

Yeast infection is an irregular discharge, in texture and odor, that is more comparable to that of cottage cheese. Other manifest symptoms include irritation and pain when having sex and swelling and itching of the vulva, which is essentially the outer section of the vagina, adjacent to the labia.

Yeast infection is mainly instigated by the fungus Candida which occurs naturally in vaginas.

However, it only becomes bothersome when it outgrows its required population and the symptoms listed above start to manifest.

This scenario only occurs when your body and immune system are not at their best, for example, if you have diabetes and you undergo treatment like taking antibiotics; diabetes will exterminate some of the good bacteria that function to maintain a balance in your vaginal colony.

Treatment of yeast infection will largely depend on whether you are a first-time sufferer or a recurring problem. The most common prescription for yeast infection are the antifungal medicine.

STDs like gonorrhea, Chlamydia and trichomoniasis will bring about thickening in your vaginal discharge, coupled with vaginal itching and you might experience more pain during sex or urination. With gonorrhea, you might also witness spotting between your periods, meaning more discharge than the norm, but with unusual colors like pink or dark brown and other symptoms that will show on other body areas.

Antibiotics are normally prescribed for these STDs-inflicted abnormal discharges. It is important to note that these STDs are not only spread by sexual intercourse but also close body contacts like swimming and sharing swimsuits.

This disorder can be a launch pad for other vaginal infections, as it normally occurs after menopause. The menopause stage comes with bodily changes, for instance, lower levels of estrogen and this alters the way your body maintains the vagina, and on numerous occasions, women will experience minimal lubrication or discharge than before.

This dryness can easily cause the skin to become irritable or inflamed, more so, if you have sex without proper lubrication. But in the atrophic vaginitis scenario, overlooking the infections that might come along, the condition is merely the thinning of the uterus wall.

As a consequence, you’ll experience vast amounts of thick white discharge and vaginal dryness sporadically. More so during times of dryness, you might witness spotting after sex.

Spotting may not necessarily come out in huge quantities than the vaginal discharge, but the color will differ, always either dark brown or pink as spotting emanates from minor bleeding. The best way to determine whether your condition is instigated by atrophic vaginitis is to visit a physician to check your estrogen levels.

Are There Things you are Not Supposed to Do When You Experience Unusual Vaginal Discharge?

Most women resort to desperate measures including vaginal douching when they experience vast amounts of vaginal discharge or if the texture feels thicker than normal. Vaginal douching is simply the act of washing or flushing the vagina with natural water or other fluid mixtures because it makes them feel cleaner and fresher.

These fluid mixers can be bought over-the-counter, or some women prefer homemade mixtures of water with vinegar. However, the myth that vaginal douching makes you feel fresher and cleaners just remains a myth.

Vaginal douching, in reality, contributes to extermination of the good bacteria colony that maintains the balance in your vaginal health. Some related studies have determined that women who do vaginal douching a lot find difficulties in giving birth, and if they are successful, their probability of having an ectopic pregnancy increases by up to 75%.

Therefore, you might think that you are making your vagina cleaner, but truth is; you are only enabling the bad bacteria to outgrow the good bacteria resulting in inflammations or infections which may present a huge health risk to you.

The bottom-line is if all you experience is a thick white discharge, just relax, that is a normal phenomenon, and you don’t have to do anything.

If other symptoms listed above manifest, it’s prudent that you see the doctor for diagnosis and treatment.

3 thoughts on “Why Am I Having Thick White Discharge?”