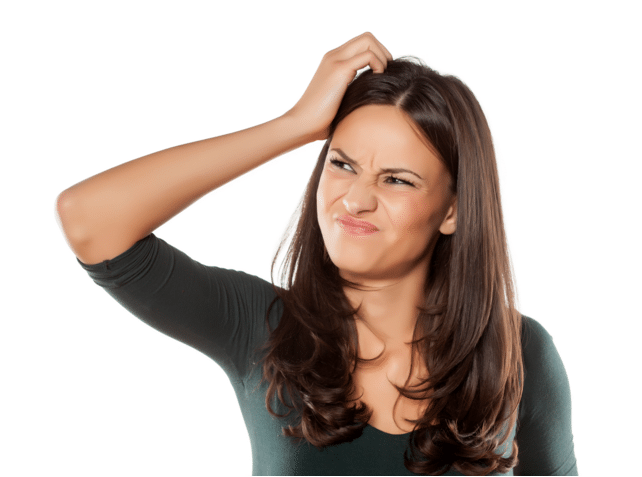 “Pregnancy brain”—it’s the term used to describe those instances during pregnancy when your brain seemingly goes on vacation without telling you before it catches its flight. It’s also called “momnesia”.

Forgetfulness during pregnancy is a symptom that is incredibly common, and normal but not completely understood. It’s not a debilitating symptom; it’s not temporary dementia. You may find yourself at the store and forget what you went in there to buy. You may forget whether or not you fed the dog or turned off the stove.

In other words, it’s just frustrating and can make you think you’re losing your mind, especially if you combine it with the moods swings that come standard with pregnancy.

Forgetfulness is actually a recognized symptom of pregnancy—you’re not imagining it.

It’s one of the least-talked about side effects, but there is scientific evidence that shows that pregnancy causes memory issues.

And there are a number of possible causes; in all honesty, when you consider what pregnancy does to the body, increased forgetfulness makes perfect sense.

As you progress through pregnancy, you’ll find that you’re getting less and less sleep (consider it training for after the little one arrives), whether it’s because you’re uncomfortable due to your recently-acquired bulk, feel sick, or if you have to get up constantly to use the bathroom.

One of the most common causes of forgetfulness for anyone, not just pregnant women, is lack of sleep.

Sleep is critical for brain functionality; that’s when it processes information and consolidates memories.

Not getting enough sleep means that your brain will have a hard time absorbing and remembering new information.

Additionally, most women do not feel as energetic while they are pregnant; they find that they become fatigued much easier than they normally would.

Combining this fatigue with lack of sleep only makes forgetfulness even worse.

Here’s your brain when you’re pregnant:

“Oh my god! I’m gonna have a baby. I’m gonna have a baby. Dear god, I’m going to be put in charge of a tiny, helpless human. What if I forget how to change a diaper? You know, kids report their parents to Social Services now, this child might land you in prison. What if he doesn’t get into a good college? What if I’m a bad mom? I could be a terrible mom, I could never keep those goldfish alive when I was a kid; how am I going to ensure the survival of a person? I’ll probably drop him. But…yay! I’m going to have a baby!”

Your head is everywhere, with thoughts running through it at lightspeed while you try to absorb the biggest news of your life. Your priorities start to change. Your entire life basically shifts.

Is it any wonder that you can’t remember if you turned off the light in the hallway, or recall where you last put your keys?

For a long time, forgetfulness wasn’t even acknowledged as a pregnancy symptom. It was just something a lot of pregnant women experienced, but that didn’t garner much attention.

However, several recent scientific studies have revealed a lot about the state of a pregnant woman’s brain, including clinically showing that forgetfulness does come packaged with  pregnancy.

Yes, forgetfulness could be just like almost any other god-awful pregnancy symptom in that it is caused by hormonal changes. I say “could” because there hasn’t been enough research on the neurological effects of pregnancy to say anything conclusive, though there have been interesting developments.

Pregnancy results in major hormonal changes; the levels of progesterone and estrogen in the body multiplies between 15 and 40 times.

These hormones affect your neurons, which affects brain circuitry. These types of changes could account, at least partially, for momnesia.

A recent British study compared the results of non-pregnant and pregnant women when they were given four computer tests that measured how well they remembered patterns and locations.

Pregnant women did significantly worse on those tests than their non-pregnant counterparts. More study is needed, but this could definitely help answer the question of why you keep forgetting where you put your keys or, in my case, my glasses.

When you’re pregnant, your brain actually physically changes. (Don’t worry, it’s temporary. By the time Junior is six months old, your brain will have reverted back to its pre-pregnancy state.)

Overall, your brain cell volume drops and your brain decreases in size. Plus, pregnant women have a lot more activity in the part of the brain that handles emotional skills.

This actually has a purpose; in theory, this change means that you will bond more easily with your baby and be more attuned to its emotions.

This is just a theory, but it is quite interesting. Some think that memory loss during pregnancy would be a desired trait from an evolutionary standpoint where the main goal is the continuance of the species.

Essentially, this means that memory impairment keeps your focus on your pregnancy and baby, while making you forget what you may otherwise find important.

How to Improve Your Momnesia: Tips and Tricks

Forgetfulness can be an unavoidable symptom, but you can take action to mitigate its effects.

Even if you’re just going to the story to pick up one item, write it down on a notepad and take it with you.

Keep a day planner and write down all of your appointments and keep that planner in a highly-visible area of your house.

Also, always carry a notebook and pen with you, and don’t forget that your nifty electronic device can be set up to give you reminders.

Dehydration exacerbates memory problems, so drink plenty of water and stay away from soda and caffeine.

I get that this can be a tall order, especially as you move later and later into your pregnancy, not to mention after you’ve given birth.

Remember that your body is busy creating a brand new human being and that’s a lot of work.

If you’re too uncomfortable to sleep, invest in some good pillows to prop you up and support you so that you can fall asleep.

Some women may experience momnesia for up to one year after they have given birth.

It’s irritating, but think of your memory impairment as one of the little costs you pay, along with blowing up like a balloon, throwing up breakfast, and experiencing the joys of swollen ankles, that you have to pay in order bring a new life into the world.

Week 14 of Your Pregnancy

“Forgetfulness During Pregnancy or Pregnancy Brain” from http://www.whattoexpect.com/pregnancy/symptoms-and-solutions/forgetfulness.aspx

“Forgetfulness in Pregnancy” from http://www.babycentre.co.uk/a236/forgetfulness-in-pregnancy

“How ‘baby brain’ can help mother bond with a child: Scientists discover that becoming forgetful during pregnancy has a purpose” from the http://www.dailymail.co.uk/health/article-2621923/How-baby-brain-help-mother-bond-child-Scientists-discover-forgetful-pregnancy-purpose.html

“Pregnancy does cause memory loss, study  says” from http://www.cnn.com/2008/HEALTH/conditions/02/05/pregnancy.memory/index.html?eref=yahoo